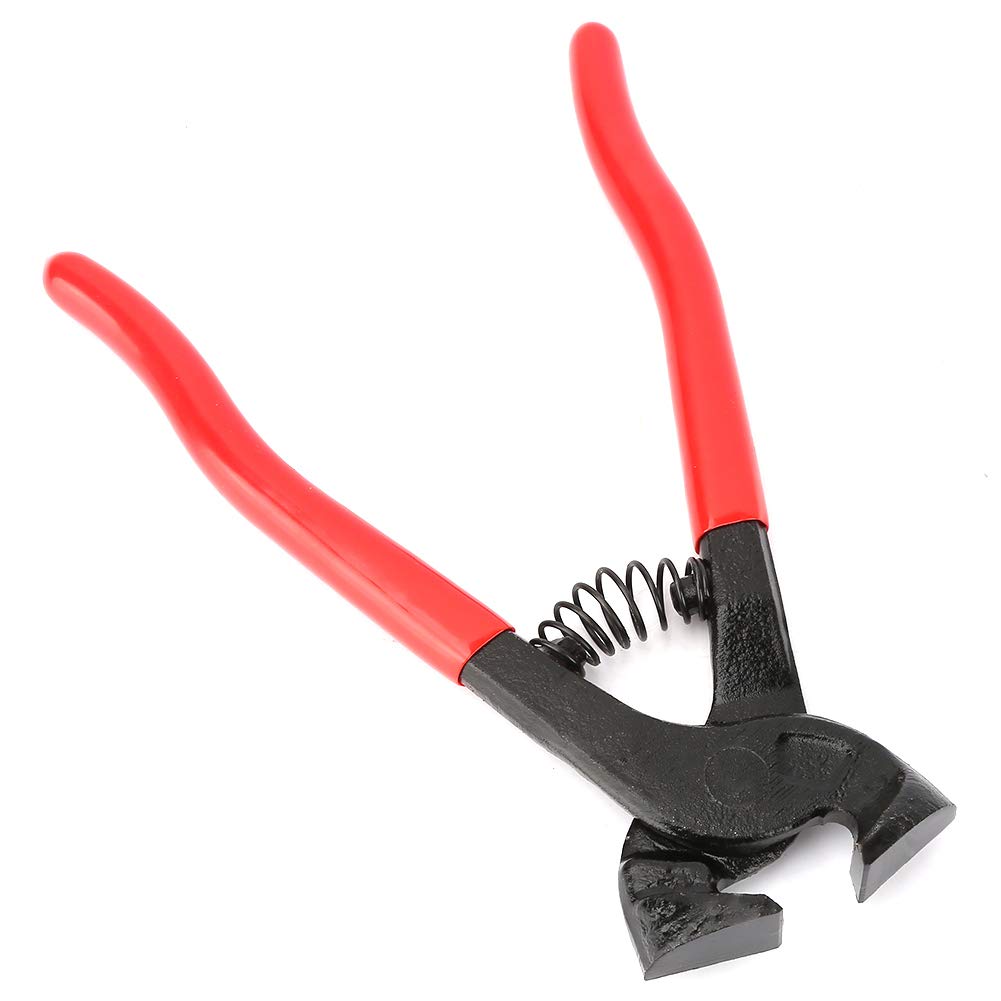 Review of "A Place of Safety"

The Wheel of Time is Here!

What an amazing time to be a Wheel of Time fan!  Amazon Prime Video debuted the first two episodes in select cities yesterday and many fans already got their first view of this new part of fandom life.  For those less fortunate, we do have plenty of content to tide you over until the official release of the first three episodes this Friday, November 19th. First up, Thom DeSimone on The Wheel of Time Community Show has a completely spoiler-free first take of what we’ve been allowed to watch so far.  You can hear his thoughts on the acting, the scenery, the special effects, and more! And Dragonmount: The Wheel of Time Podcast is back with another episode.  Listen to producer Kathy Campbell, and co-hosts Rajiv Moté and myself, Maureen Carr, talk about the experiences of watching the first six episodes.  This podcast is also spoiler-free, focusing more on our enthusiasm going into this and our belief that this is a new turning of the Wheel, something different from the books. Finally, Kathy Campbell and Jason Denzel let themselves unwind after a hectic day at the London premiere.  They shared their experiences on the red carpet and a bit of nostalgia that lingers with a series we all have been reading for so long. There is a lot more content on the way, so stay up-to-date with all the latest content by following Dragonmount on Facebook, Twitter, Instagram, and YouTube. How will you be watching the series premiere on Friday?  Binge watching?  Group gathering?  Multiply viewings in one day? Let us know in the comments below!

By Dragonmount.com, in TV Show, November 15

The London premiere of The Wheel of Time TV show from Amazon Prime video is happening today! Dragonmount is proud to being you special live coverage of multiple events as the show premieres at select events in London and across the United States. LONDON PREMIERE Join Dragonmount founder Jason Denzel, along with producer Kathy Campbell as they stream live from the red carpet in London. Coverage begins around 9:45 AM U.S. Pacific Time (5:45 PM London GMT). Jason and Kathy will live-stream simultaneously to these social media accounts: Dragonmount on Instagram Live @dragonmount_ Dragonmount on YouTube Dragonmount on Facebook Dragonmount on Twitter @dragonmount The Wheel of Time on Facebook Kathy Campbell on Twitter @mrssoup Kathy Campbell on Instagram Live @mrssoup Jason Denzel on Twitter @jasondenzel Everything will be recorded and made available later. LOS ANGELES FAN SCREENING Also, happening later in the day, around 5 PM U.S. Pacific Time, Dragonmount will live stream the Los Angeles Fan Screening on Instagram Live. Kitty Rallo, Thom DeSimone, and Katy Sedai will be on stage to introduce the first two episodes of season 1. If the schedule allows, they will also live stream additional activities associated with the screening such as fan reaction interviews. The Wheel of Time premieres on Amazon Prime video on November 19. Visit our TV section of the website for full coverage, and visit our forums to discuss the show.

Amazon Prime Video announced today the upcoming release of The Wheel of Time: Origins, a series of animated short films that tell several stories set during the years and centuries before the events of the upcoming TV series. These animated films will be available on November 19, the same day that the first three episodes of season 1 of the show air. The videos will be available via Amazon X-Ray, which can be accessed via the Amazon Prime Video mobile app or the Amazon FireTV device. Here's the full announcement trailer from Amazon Prime Video: The short films are written by Rammy Park, who is also one of the writers on Season 2 of The Wheel of Time show. No other specific information about the films or the animators has been provided yet. From the video above it appears as though some of the stories will focus on the Breaking of the World, the Trolloc Wars, and the fall of Artur Hawkwing. Are you ready?  What do you think these animated films will focus on? Let us know in the comments! Be sure to follow us on social media and join the discussion on our forums.

The First of Four Wheel of Time Soundtracks is Now Available

Milan Records announced today the release of a brand new soundtrack album called "The Wheel of Time: The First Turn (Amazon Original Series Soundtrack)" by acclaimed composer Lorne Balfe. It's available now worldwide from a wide assortment of music providers including Apple Music, Spotify, Amazon Music, YouTube, Pandora, and more. Click here for the complete list. This album is the first in a series of four planned soundtrack albums that will be released alongside season 1 of Amazon Prime Video's upcoming show. At next one will become available November 19, 2021, coinciding with the premiere of the TV show's first three episodes. Here's a list of the 14 tracks released as part of The First Turn: Mashithamel (Young Love) Moiraine Sedai Ta'maral'ailen (Web of Destiny) Aes Sedai (Servants of All) Ost Ninto Shostya (On Your Knees) Mashiara (Lost Love) Al'Naito (The Flame) Al'Cair Sei (Goldeneyes) Caisen'shar (Old Blood) Aman Syndai (Dragon Reborn) Noriv al Zaffid (Two Halves of One Whole) Al'Dival (For the Light) Wab'shar (Bonded) Mordero'Sheen (Bringers of Death) Lorne Balfe: In addition to the album’s digital release, The First Turn soundtrack will also be made available in both spatial audio and vinyl formats. Available later this in November, the spatial audio version of The First Turn album gives listeners a completely immersive listening experience with 360-degree sound and enhanced clarity. Meanwhile the album’s vinyl edition is set to arrive in 2022. Did we mention that album is available now to stream? Hurry over and download or stream it now. Take a listen and let us know what you think in the comments or on our forums. The Wheel of Time will premiere on November 19 on Amazon Prime Video. Be sure to check out our TV section of the website for complete info and coverage.

By Jason Denzel, in Books and eBooks, November 11

Macmillan Audio has released an 8-minute sample of Rosamund Pike reading The Eye of the World. It can be listened to now on Soundcloud: As previously reported, this new recording from Rosamund Pike (who plays Moiraine in the upcoming Amazon Prime Video TV show) will become available on November 16. This new performance of The Eye of the World does not replace the older, more familiar versions read by Michael Kramer and Kate Reading. Those recording will also remain available.  The clear intent behind this new performance is to bring in a new audience of readers to experience the story for the first time.  Roasmund Pike is an experienced and accomplished audiobook reader, having recorded over a dozen titles before this. The new audiobook can be pre-ordered here on Audible. It's also available on Libro.FM, Apple Books, Google Play Books, and more. Tell us what you think in the comments, and be sure to join us on our forums and on social media.

The Wheel of Time: The First Turn soundtrack release on November 12th

Katy is a news contributor for Dragonmount. You can follow her as she shares her thoughts on The Wheel of Time TV Show on Instagram and Twitter @KatySedai The first album for The Wheel of Time Soundtrack will be released on Friday, November 12th. The composer is Lorne Balfe, with production by 14th street music. The album is the first of four total albums with music from the series. The Wheel of Time: The First Turn (Amazon Original Series Soundtrack) will include music that sets the stage for the score heard in the TV series. The 14 songs are described as the principal or key themes based on characters and settings that are the building blocks used to create the music in the series. Composer Lorne Balfe says:  Along with the soundtrack announcement, two singles were released from the album including “Mashiara (Lost Love)”  and “Caisen'shar (Old Blood).” Along with “Al'Naito (The Flame)” all the songs have lyrics sung in the Old Tongue. If you want to hear more about the music and the creative process, head over to YouTube and watch Lorne Balfe’s interview with the Matt Hatch of The Dusty Wheel YouTube show. During the interview, Balfe explains that he wrote 18 themes for the TV series, all based on the characters and locations. The sounds we’ve heard so far can be tied to Aes Sedai (Al’Naito), Lan & Nynaeve (Mashiara), and the people of the Two Rivers (Caisen'shar). Balfe describes the lyrics of the songs as a narrative making the music for The Wheel of Time like an opera. The singers on the soundtrack are from around the world, and the music itself leans towards a global sound rather than a traditional fantasy sound. During The Dusty Wheel interview fans were also treated to a special listen of a new song inspired by the Whitecloaks theme, which was the basis for the music in the full trailer. Lorne Balfe has also released the Old Tongue lyrics for two of the songs: The First Turn album will be released on Friday, November 12th, with a spatial audio version later in November, and vinyl editions expected in early 2022.  The Wheel of Time TV series will premiere on Amazon Prime Video on November 19th. To see every promotional video, image, and early preview that Amazon has released so far, check out out our Season 1 Media page.  And be sure to check our TV section of the website. What do you think of this new music? Let us know in the comments and be sure to join the discussion on our forums.

The Wheel of Time revealed today, via their official social media accounts the following video: This video has been part of a near daily marketing effort to promote the show. This video is part of The Wheel of Time explains series, which has been providing fans with background information on concepts like Aes Sedai, The Two Rivers, and now Warders. Actor Daniel Henney discusses how warders are bodyguards, friends, and confidants of their Aes Sedai. Both Daniel Henney and Rosamund Pike have mentioned the unique relationship between Lan and Moiraine in past interviews, and I can’t wait to see how this special bond will be treated in the show! To see every promotional video, image, and early preview that Amazon has released so far, check out out our Season 1 Media page.  And be sure to check our TV section of the website. What do you think of this new teaser? Let us know in the comments and be sure to join the discussion on our forums.